How to convert a NN model from TensorFlow Lite to CoreML 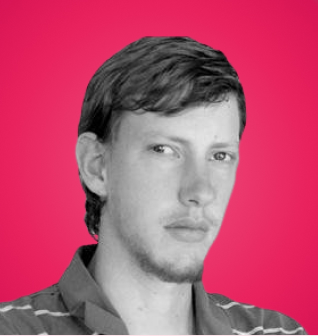 It’s been over a year since Apple has introduced Create ML, a framework that allows you to build neural network models in Swift and use them on iPhones and iPads with Core ML. However, the most common way of getting a CoreML model is still by converting a model trained on TensorFlow, Keras, Pytorch or other ML frameworks. Apple officially supports coremltools which allows converting some model formats like Keras, Caffe (v1) and TensorFlow (since version 3.0).

Unfortunately, not all model formats can be converted so easily to Core ML. For example, there is no library that supports converting a TensorFlow Lite model. While this is not required when you train your own model in TensorFlow, it can be helpful if you want to do performance comparisons between different on-device frameworks, or if you want to run a recently published research model in CoreML and you only have the model in TF Lite format.

TensorFlow Lite is used to deploy TensorFlow models on mobile or embedded devices but not for training them. Once converted to TF Lite, a model cannot be converted back to a TensorFlow model but we can inspect its architecture and export its weights in order to reimplement the network graph in TensorFlow. We can then use coremltools or tfcoreml to convert it to CoreML. This is what we are going to accomplish in this tutorial.

We will use an MNIST model from the TF Lite examples repository. MNIST is a handwritten digit database. So the task this model tries to perform is to recognize handwritten digits, which can be done fairly well with a relatively small model.

So for example, for the following image, we want our model to predict “0”:

The first thing we should do is to inspect the model to see its layers. One great tool to do this is Netron. With Netron you can see the model’s graph and even export its weights. With the MNIST model we get the following: 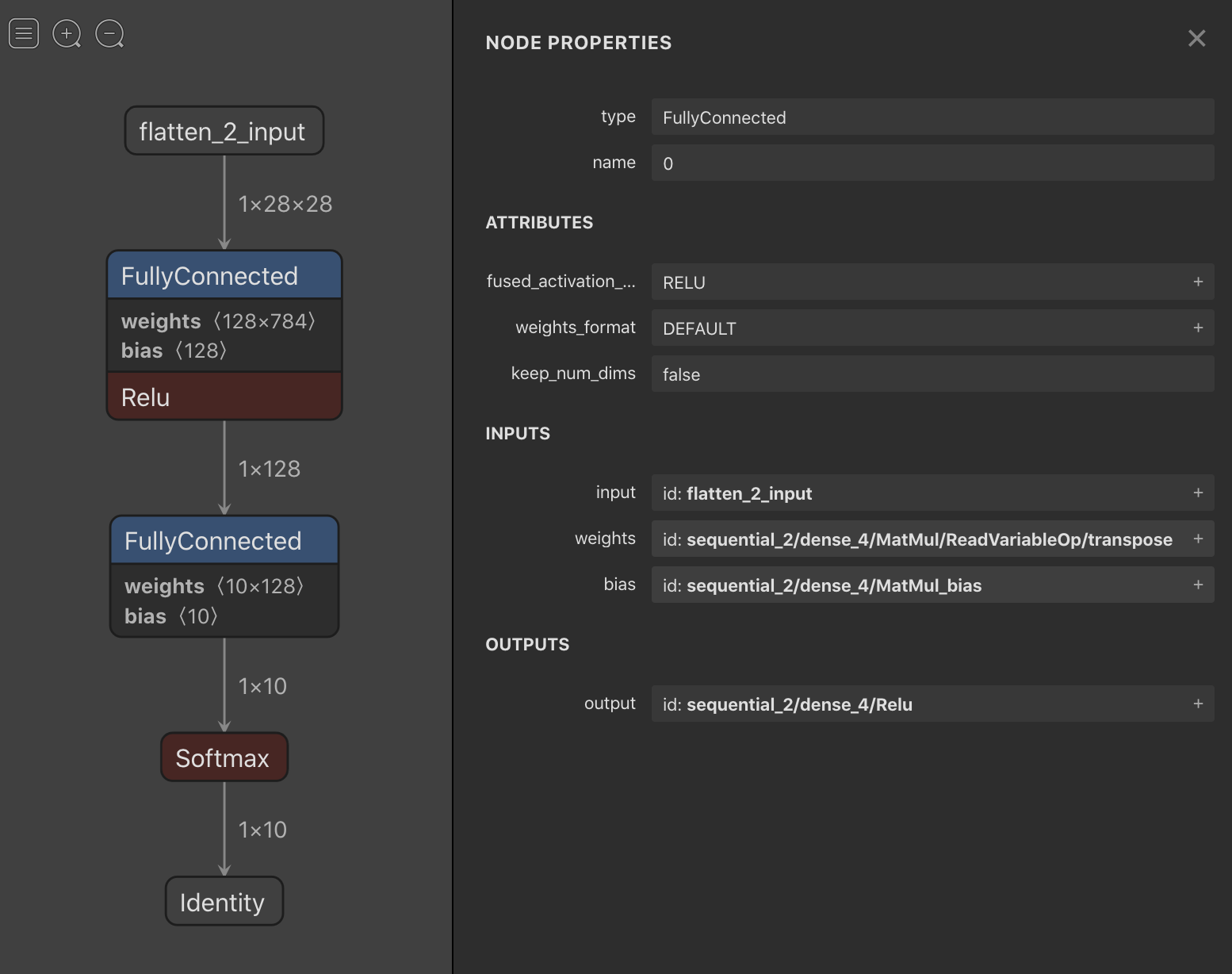 There we can see that this simple model has the following layers:

We can also print each node in the graph of the model using the following snippet:

Using this snippet we get the following output for our model:

As said before, Netron also allows us to export the weights of these layers. However, on this guide, we are going to export them differently.

To export the weights we are going to use the get_tensor function of the tf.lite.Interpreter. This function cannot be used to get intermediate results of a graph but it can be used to get parameters such as weights and biases as well as the outputs of the model.

Using the code snippet in the previous section we get the indexes of the parameters we have to export. We can now create a function to extract them from the interpreter:

Fully connected weights must be transposed. That might also be necessary for convolution weights, for example.

We have to reimplement the model in TensorFlow, unless we have the code that produced the model. In our case, it is a pretty simple model that we can rebuild easily. First, we will implement the dense layer (which we will use later):

And now we build our model (using TF 2):

Testing and Debugging your Model

At this point we should test that our model gives the same output as the original so that we know our implementation is correct. Constructing the same model as the one used in the TF Lite model is not always straightforward.

Sometimes you won’t know why your implementation does not return the same result as the original, and it is not easy to debug errors in this context. For such cases it is helpful to check layer by layer that your model gives the same output as the original to know where to search for the bug. Getting intermediate outputs from a TensorFlow model is not difficult: you only need to return said node as an output of the model.

The same does not happen to a TFLite model. You can’t get intermediate outputs using the get_tensor() method. What I used to debug the model and get to a working version is this tflite_tensor_outputter script. This script will generate a folder with details and outputs of each intermediate node in the graph by changing the output node index in the graph. You can use it like this:

We now have the model but we still need to convert it. We will use tfcoreml to convert our TensorFlow model. The convert method supports a path to a SavedModel but only when specifying a minimum iOS target of ‘13’. Nevertheless, it did not work for me using SavedModel so I had to freeze the TensorFlow graph and then convert it.

To freeze a model you can use the freeze_graph utility from tensorflow.python.tools, but again it did not work for this model. You can also freeze the model using the following snippet:

The output is a frozen .pb file which we can finally convert to CoreML

Note: Both the snippet above and the one below must be run on TensorFlow 1.x (1.14 in my case)

And that is it. We have a CoreML model!

The source code used in this tutorial can be found in this GitHub gist.

5 Practical Ways to Speed Up your Deep Learning Model

ML Kit on iOS and how it performs against Core ML