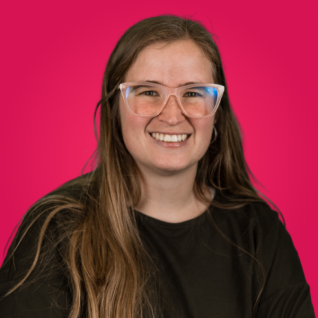 Uruguay’s position as a market leader in digital development in LATAM can be (and has been) explained by several factors:

According to the president of Uruguay’s Chamber of IT, unemployment for the sector in Uruguay is (technicalities aside) negative. This means we can´t take on every project we’re presented with because the resources we currently have are not enough and, sometimes, must be looked for overseas.

This saturation can be better reflected with some numbers:

Although these numbers don’t include people working on IT before obtaining a university degree, that graduate with a technology baccalaureate, or that have a less formal education, it’s clear that demand exceeds supply.

COVID: The answer to our problems?

Once the pandemic started, 97% of IT companies adopted the work-from-home methodology. This allowed for hires across the region and hindered the supply shortage in the Uruguayan market.

However, a distributed workforce brought about new challenges. The main challenges companies are currently facing (according to themselves) are talent acquisition, retention, training, and keeping the organizational culture alive and well. Furthermore, the main worry regarding culture is avoiding losing it in a remote work context.

Before the pandemic, Xmartlabs was known to be an “office first” company, which means the team was centralized in the office. Xmartlabs has been headquartered in Montevideo since its beginnings in 2012, and although we’ve moved around a few times, we’ve remained in this city.

Being “office first” meant job interviews, training, meetings, briefings, talks, launches, recreational activities, EVERYTHING was in-person. Likewise, face-to-face was a key part of our company’s culture: being together, sharing time and space, learning together, and sharing knowledge. It seems that being physically together was critical to doing all of this.

In 2020, along with the lockdown due to the COVID-19 pandemic, we faced the need to become a “remote first” company until the health measures demanded. Although this brought many challenges, it also opened some doors that had remained closed until then.

That’s how we began hiring people based outside Montevideo! First, we allowed people from Montevideo to work in other cities within Uruguay (it didn’t matter if they returned to the city once the pandemic ended). Then, we hired people that were already living in other parts of the country.

Little by little, we leaned towards the idea of having people in Xmartlabs that would probably never set a foot in the office. Timidly, we began to run recruiting processes in Argentina, thinking about the possibility of them relocating to Uruguay eventually.

Gradually we landed in Argentina. What once ago were a few exceptions have grown in number. We can now say 13 people are working from Argentina, and we’re really happy about the value that having people in other countries brings to Xmartlabs.

Why start in Argentina?

The short answer is: because of the geographic and cultural closeness. Because our initial idea was to hire people that would like to move to Montevideo, we understood the cultural shock would be less coming from Argentina.

Nevertheless, we are already extending towards new horizons, we have three people working from Colombia, and we’ve also been learning more about the IT markets in Peru and Chile.

What are the main challenges?

Looking toward other countries represented a big challenge for us, and many questions about the job market came up. Which ones are the best computing universities? Which companies work with our core technologies? What are Argentinean developers’ tastes in software companies? What is the expected time they remain with one company? How can we make them feel welcomed and integrated with the rest of the team? Among other million questions.

Another relevant point to bear in mind was the issue of the devices they needed to work. Because they wouldn’t be able to access the office, we needed to ensure the team had the necessary tools: a comfortable place, a computer, a screen, a chair, etc.

When someone joins Xmartlabs, we like to send them gifts to commemorate milestones. Furthermore, many benefits were based in Montevideo and, more specifically, in the office itself. Some of them were: snacks, gyms, and discounts on local stores and services. This presented the need for looking into local suppliers in different countries.

Our traditional barbecues (or “Asados”) have always taken place in the office, so we had to re-think our structures and way of integrating the team as we would always be living “out” those teammates working abroad. We’re still off balance on this issue. However, we have several ongoing initiatives: bringing over those working in Argentina so they get to know the team and offices, encouraging remote-friendly activities, send part of the team over to meet people working abroad, among others.

How we addressed the challenges of a distributed team.

At an event, last year mmhmm’s co-founder Phil Libin talked about the pros and cons of a distributed team. He was clear that calling it remote work was not good because it conjured up images of sad, distant, and apathetic people (“No one is remote, we’re intentionally distributed”). He encouraged us to be creative and intentional in how we think about the advantages of WFH.

Increasing communication and collaboration in the team.

Monthly strategic alignment and adopting technologies that facilitated online collaborations were key to achieving a good working experience. Increasing the frequency of strategic presentations to different areas and the standardization, improvement, and documentation processes, as well as our playbook, also helped. Tools like Bamboo, stickies.io, miro, and Discord were some game-changer for us.

Empathizing with each team member.

Understanding the impact WFH had on our team was vital. The fact that sometimes, being at home means other people and problems require immediate attention that they can’t plan in advance. We already had a 1:1 meeting with everyone on the team, and we adjusted that to the new needs. We made sure everyone had the tools and support needed to develop their tasks as best as they could.

Improving the communication and onboarding of new teammates.

Not being in the same office space to keep company during the training of newcomers was quite tricky. One of the tools we used to minimize the impact was Discord, which allowed us to be in constant contact with teammates, pretending we were in the same room.

Reimagining the social instances of the team.

Team integration and encounter were key aspects. A virtual environment made us re-think them and find new ways of getting together, playing, and having a drink without it being in person. We started having virtual happy hours in which Xmartlabs would send something to drink and eat, and we’d get together over zoom (many companies adopted a similar methodology).

👉 Vito is a Backend developer at Xmartlabs. He started working from Argentina in March 2021 and came to visit our offices in December of the same year. In March of 2022, part of his team went to Buenos Aires to see him and work together from there. This was his experience.

How was the onboarding process? What were the main challenges?

For me, it was a natural process; I didn’t feel the difference between doing it remotely and locally. The only challenge was going from a product company to a service one.

What I like the most is its people. They push you to give more. Besides, it’s a multicultural and diverse family with top human qualities.

Tell us a bit more about coming to meet the team

I thought it’d be a good experience and the reality was, I found something so much better than what I’d imagined. Warm, united, happy people, willing to make you feel comfortable everywhere. The welcoming party gave me goosebumps and made me blush. They sang quinceañieras songs, and I didn’t understand why. They sang songs with my name on them; I thought I was gonna go into cardiac arrest from how much I laughed. I really had fun every time I visited XL; it was a unique experience.

How was hosting people from your project over there?

I’ve always tried to be a good host to my friends. The moment I learned my team was coming to work from Buenos Aires for a week, we made plans for every single day. It was a beautiful experience for me and the team. They came home, we ate typical Venezuelan food, they played with my shaggy daughter Runa, played the guitar, went sightseeing, had dinner, we partied, I even went with them to buy instruments. I’d do it again as many times as I could!