The importance QA in the development process 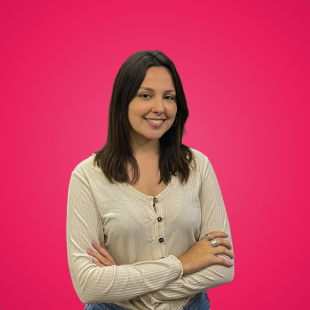 Would you deliver an untested product to a customer? That’s a question every single company should be asking. When developing a software product, we must ensure we meet the quality a client expects as well as the established criteria in the project’s requirements. Here is where quality assurance (QA) comes in.

The QA team within a company is responsible for ensuring that the quality of the project satisfies the client. They are not only in charge of detecting failures in the system but also of analyzing behaviors and anticipating defects, among other things. This makes their role vital in the development process.

The concept of QA arises from the commitment to quality. Every development team should have at least one person in charge of ensuring the proper functioning of the software’s development.

Why is Quality Assurance so important?

There are several reasons to hire a QA specialist when developing a digital product. Some of the main ones are:

One of the seven testing principles states that Early testing saves time and money.  According to IBM, “it costs four-to-five times as much to fix a software bug after release, rather than during the design process.” It can be expensive if mistakes and bugs go unidentified until later stages in the development process because fixing errors in an already-designed and coded product will be time-consuming and more costly.

A software provider’s responsibility is to maintain quality standards at every step of the development process through testing and quality assurance, so errors can be identified and fixed early on. A well-thought-out quality assurance strategy will guarantee that no mistakes are carried forward to the final stages and will prevent any significant loss for the software development company and the client. This means testing activities should start as soon as possible in the software development life cycle to detect defects early.

Some businesses might be slightly unsure about quality assurance because of its cost. But it saves money in the long run. Paying to prevent problems is cheaper than paying to fix them.

Companies known for quality and consistency always do better with customers. People only want to spend money on products and services if they believe they’re getting something worth the price. When businesses use quality assurance processes, they are letting customers know they care about them and their priorities. In many industries, QA is an essential part of the process no one would dream of skipping. Think about the food industry; food with no quality control could be a hazard to public health.

Although a software program might perform all functions as intended, it may not necessarily be completely secure. The product and users’ data could be compromised if there are security risks. QA is essential to ensure that your product is built with security in mind and has been tested accordingly. As a technique, penetration testing can be used to identify, test, and highlight vulnerabilities from a security stance.

This aspect is crucial for products that involve payment systems as well as those that manage confidential user information (think, for example, health tech products that involve patient data). Developing this type of product without testing its security would be a risk. Quality assurance guarantees you’ll get a safe product where users’ data will be private and secure.

As technologies advance, the digital devices that surround us increase. That’s why more and more products must be tested, since bringing to market a product that has not passed a good quality process can have severe economic and personal consequences.

We usually discuss code quality, test automation, and the influence these and other elements have on a product’s success. However, it’s less common to speak of circumstances where not everything went according to plan.

In 1988 the Soviet Union launched Phobos 1, a space mission to study Mars. They sent a probe to the Red Planet, and it worked correctly until, suddenly, a few months after its launch, the signal was lost entirely.

The source of the problem was a wrong command (a “+” was transmitted instead of a “-“). Unable to control it properly, Phobos 1 stopped pointing its solar panels at the sun. Without power, contact with it could not be re-established. They located the bug before launch, but for lack of time, they developed a patch that did not control all the cases instead of fixing it correctly.

A lethal dose of X-rays.

Therac-25 was a machine designed for therapeutic radiation. Due to a bug in its software, a series of patients received an unexpected X-ray dose, causing several deaths among the many affected.

The day a bug wiped Sweden off the internet map.

Can you imagine getting up one morning and not being able to access any website in your country?

In 2009, this happened to Swedish people because a dot was missing in a single line of code. People couldn’t access any websites hosted on Sweden’s domain (.se) because the naming service thought they didn’t exist. It caused a failure that lasted hours, even days, for some providers.

Ashley Madison is a dating website for married people who wish to have an affair. In 2015, some hackers broke into the system and published a list of clients, totaling 32 million users.

The hackers, who called themselves the Impact Team, said they had managed to steal the real names and addresses of the site’s users, including those who had previously paid to “delete” their accounts. It appears that the Ashley Madison team didn’t understand the flaws in their security system until after the hack, though the methods the hackers used are still unknown.

As a business, to minimize your own risk, you should take action now to double-check your security systems. Make security a priority, and get involved with your security team to understand how it works and how you can better secure your systems. Hiring an outside firm to test your security measure via Penetration Testing and Vulnerability assessments would be a good idea.

So, is implementing QA necessary?

From a client’s perspective, it might represent making a more significant investment, but it guarantees saving time and money in the future, plus avoiding any economic and security crises. From a development standpoint, it ensures creating a product that fulfills its primary purpose and delights users. Having a ”QA-driven philosophy” and efficient quality assurance methods in place is a massive asset for any software company.

When it comes to quality, cutting corners won’t do. Innovative digital products that want to make a difference shouldn’t take any risks just for the sake of saving a bit of money now.

Trust is also a central component of quality assurance. Without trust in the proper functioning of an app, customers probably won’t want to work with a software company again and definitely won’t refer it to others. Meanwhile, if users have no trust in an app’s proper functioning and security, they will lose confidence and stop using or recommending it.

At Xmartlabs, we are committed to the quality of all our products. We always recommend including a QA specialist in all projects to ensure we generate excellent and reliable results. If you’re interested in learning more about QA and how to use it to your advantage, schedule a quick call with our team today!